The Ballad of Isosceles – Ali Matthews 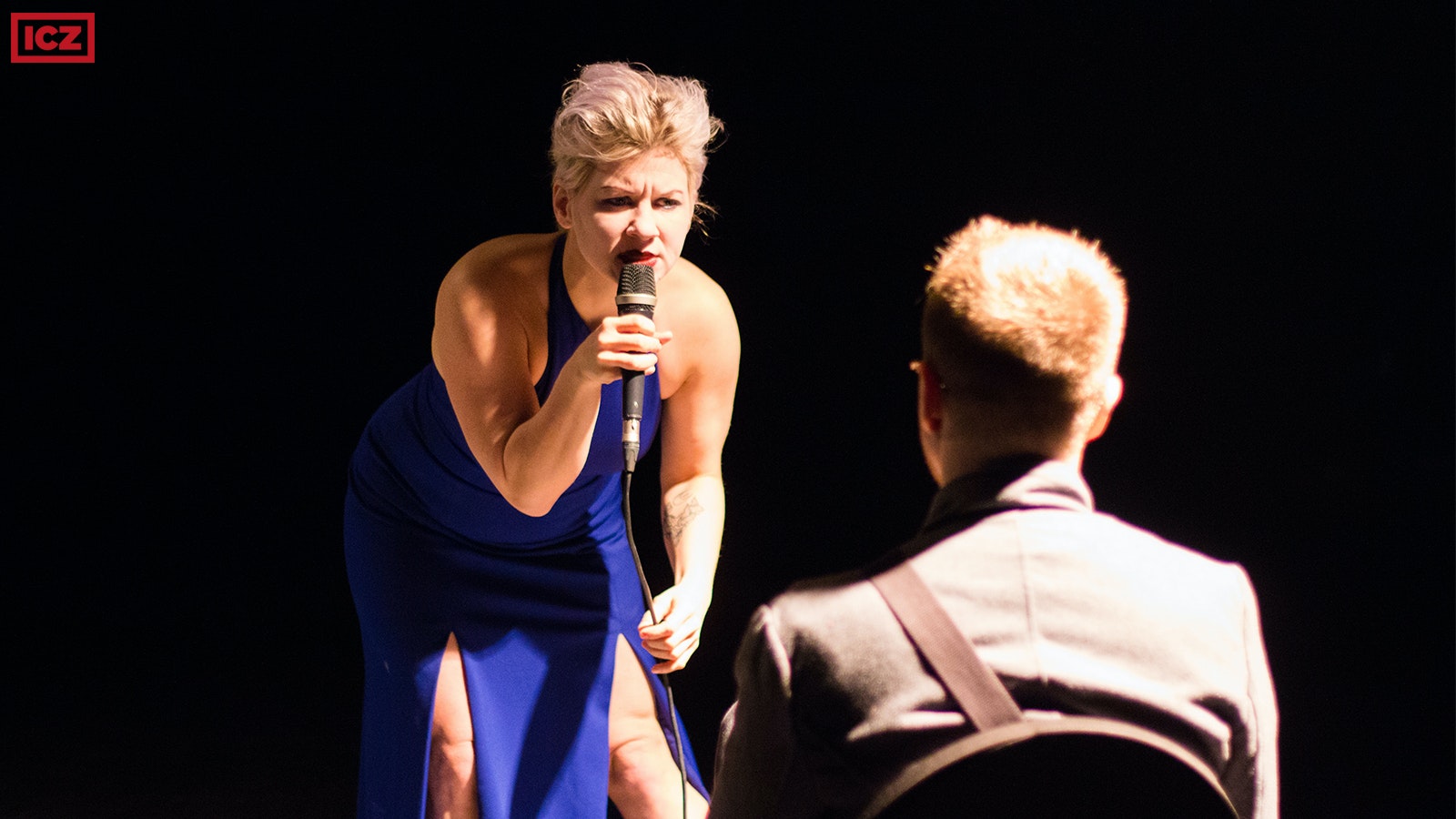 “A bewitching performer whose songs cling and haunt” – The Guardian

“…An eerie, unsettling and beautiful performance piece. While experimental in form, we are always sure that we’re in the safe hands of a highly accomplished performer and vocalist.” – Matt Fenton,  Artistic Director, CONTACT (Manchester)

‘The Ballad of Isosceles’ is a 20-minute-long performance that muses on love, jealousy and envy. Inspired by Lynchian iconography, Ali Matthews deploys her skills as a chanteuse to tell the story of the birth of Envy, the forgotten tenth muse.

Through text spoken up close and songs heard from a distance, Matthews casts and recasts two select spectators as figures in her tale. Meanwhile, in the shadows of the theatre, an audience of voyeurs watches as this story of Envy, love child of Zeus and Marlene Dietrich, unfolds.

‘The Ballad of Isosceles’ plays with jealousy to re-imagine the relationship between performer and audience, setting its attendees against each other in a strange, static dance of envy.

Join us at New Adelphi Theatre for the premiere of ‘The Ballad of Isosceles’ in VR, an immersive film experience that acts as a companion to the live show!