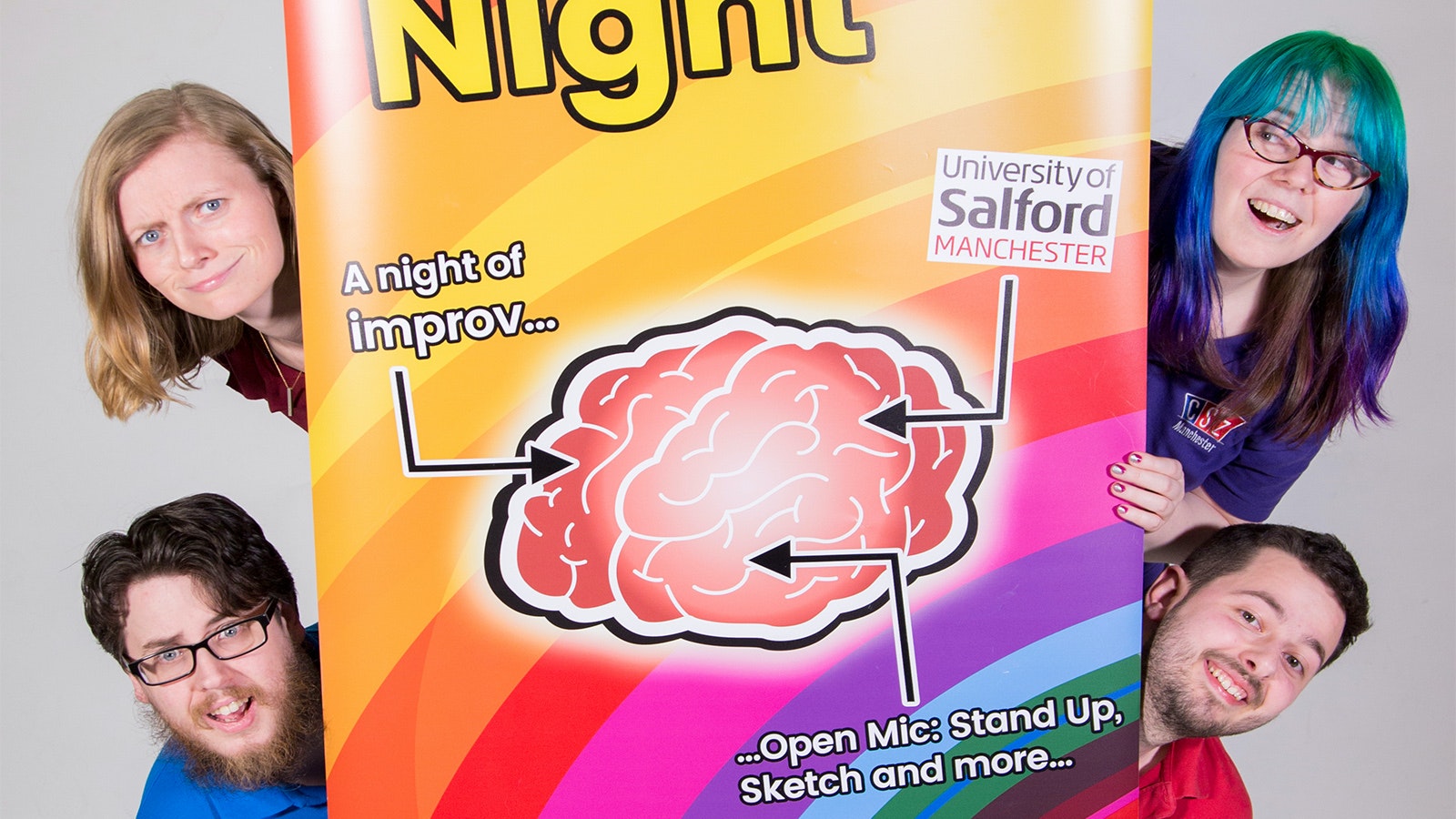 Mixed bill comedy show for improv, stand up, sketch and more from CSzUK in collaboration with the University of Salford.

In the first half a team of professional improvisers are joined by a student performer for a some quick-witted gags, games, sketches and songs inspired by audience suggstions. The second half is a comedy open mic open to students and guest comics where anything goes.

Previous shows have featured ‘Chortle Student Comedy Award’ winners and ‘So You Think You’re Funny’ Finalists. The best in up and coming comedy for under a fiver. Don’t miss your chance to see the future faces of British comedy… today!

Admission: £3, pay on the door. Both cash and card accepted.