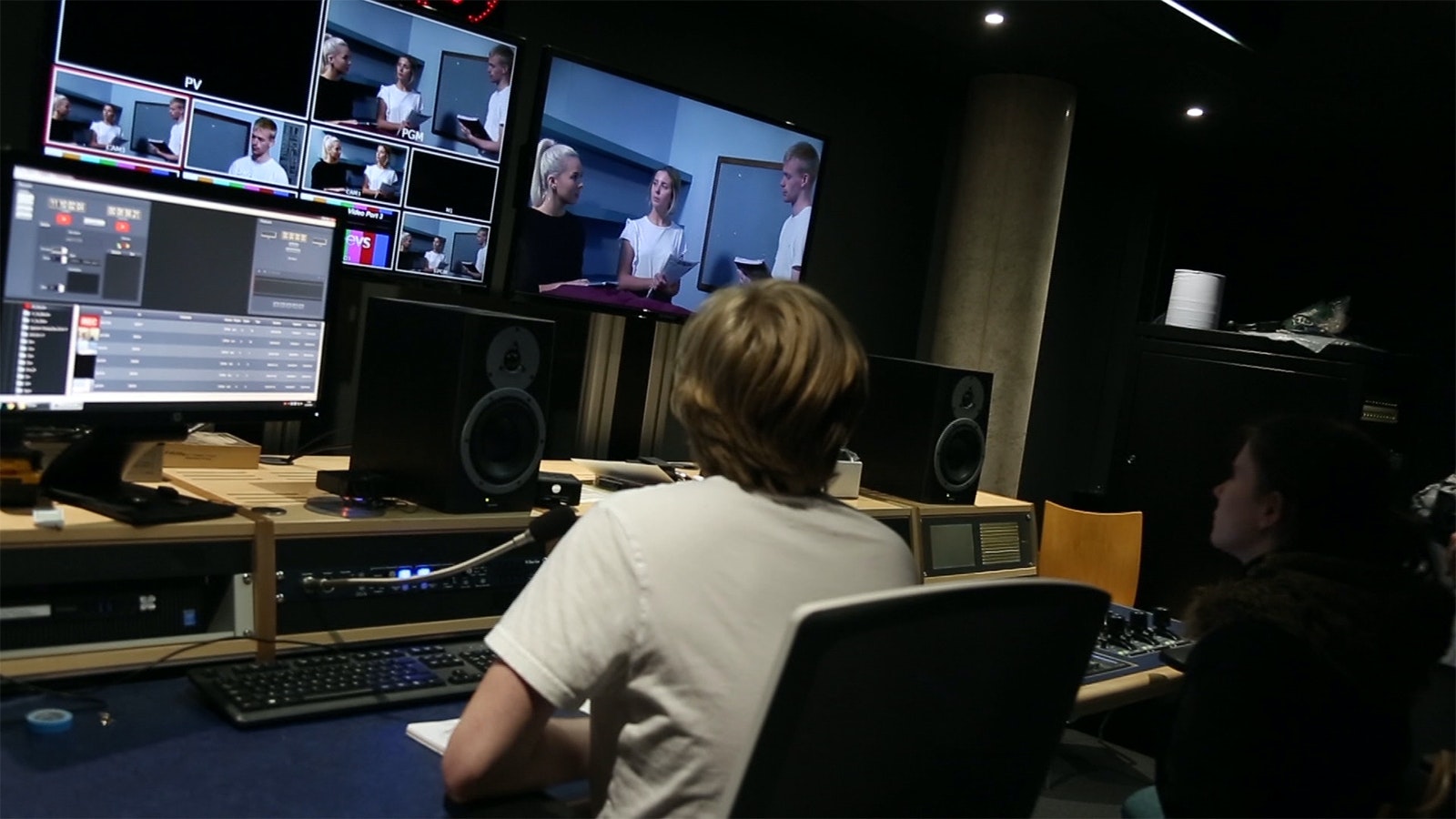 Come and join us for a festival of short form filmed dramas produced by and starring Media and Performance and Comedy Writing and Performance students from the University of Salford. All welcome.

There Will Be Others

A short, non-naturalistic drama follows Adam through an exploration of cultural and spiritual values.

The story follows Gabriel, a virtual dating app developer, who is unlucky in love.

Produced by Seb Singh, directed by CJ Gaffey and written by Nathan Ousby

When a mysterious entity sweeps the world into eternal slumber, seven survivors must outlast the night, document their video diary – and not fall asleep.

Produced by Daniel Meyer, directed by Thomas McCullough and written by Will Burns-Jones

Five unique candidates embark upon the most advanced interview process on the planet, which has them carry out a series of awkward ice breakers in order to get a job.

Produced by Oliver Hill, directed by Weronika Okroj and written by Natasha Bloom

Online personalities can label people with negative stereotypes. Will Leila form a mind of her own, whilst spending time in harsh reality?

Produced by Alice Green, directed by James Thiara and written by Natalie Whittaker

Produced by Megan Cheeseman, directed by Emmarose Callaghan and written by Ross Bickerdike

Produced by Eleanor Thomas, directed by Amy Fretter and written by Imogen Delooze